In the 20 or so years we served overseas with Interserve, our family lived in three different countries. Each move involved planning, and adjustment to the new location, language, visa requirements and work roles.

This is nothing compared with what we’ve seen as we’ve worked with refugees in Australia over the past 10 years. As the voluntary coordinators to welcome and assist refugees from Burma to our church in Wollongong, we at first had very little idea what it might involve, but we understood their experiences had been extremely traumatic.

Our church already had a solid history of welcoming people from other nations. What started for us in 2007 as a group of three men from Burma’s Chin state has now grown into about 80 adults and 50 children, mostly from Kayah and Kayin states. Many had spent more than 20 years in refugee camps in Thailand, and many were Christians. They attend English-language services as well as their own-language services.

Take Bu*, who was born in a camp in Thailand and spent 15 years with his family there, waiting for re-location to a third country. No phone, no electricity, very few educational opportunities, and only basic healthcare. And for his parents, no way to do meaningful work.

Or Mami*. She and her 6-year-old daughter were transported out of Burma on a small boat, then by car, and on the way lost money given by poor relatives. Eventually, they were re-united with her husband who was eking out a living in Malaysia while waiting for United Nations permission to move to a final destination. That turned out to be Australia! But the stress still shows on her face.

Refugees in Australia are often struck by the relative peace, safety and order they see here, but some continue to move – they long to join relatives in different Australian cities, move interstate for work, or are forced to move when their rent is increased.

How on earth could we come alongside people with stories like these, and stand with them in appropriate ways? Even though we knew something about being foreigners and strangers, we were beginners in working with displaced people.

From the outset, we realised that it was important to raise awareness and to encourage our congregation members and new arrivals to get to know each other better. Because some NGOs in our area already assist re-settlers in material ways, we focussed on spiritual nurture and hospitality. Three of the easy English Bible studies we set up are still running after more than eight years. We also tried to involve the children and teenagers with our Sunday school and youth groups to keep the second generation engaged.

On the hospitality front, we’ve encouraged the Aussie congregation members to visit re-settlers and invite them to their homes to encourage friendships to develop. A list of tips helps the Aussies interact across cultures.

And what have we learned?

That ‘integration’ is a two-way street and both groups need to work at it, even when they are nervous at first. Much, but not all, of this is based on language issues.

God has graciously given work to increasing numbers of our friends, and they now have well-established networks of their own. Our greatest joy has been to see our friends grow in their knowledge of the Lord, to see spouses and other family members re-united after years of separation, and to attend Burmese weddings. Already they are making a very positive contribution to our church fellowship, and to our city.

*Names have been changed. 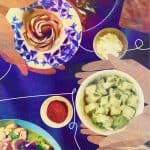 Equipping followers of Jesus to connect with ethnic minorities